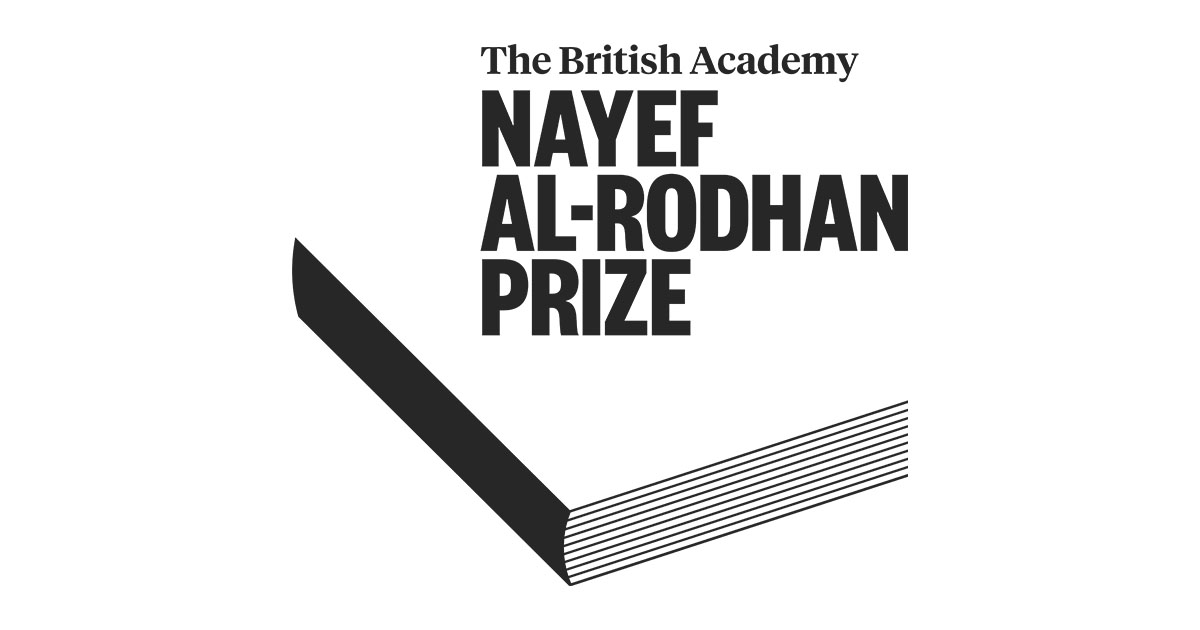 The jury will select a shortlist of up to six books to be announced in September and the winner will be announced at a ceremony held at the British Academy in October.

The £25,000 Prize is awarded annually for an outstanding contribution to global cultural understanding – illuminating the interconnections and divisions shaping cultural identity worldwide.

The deadline for submissions is 1 April 2020.

“It is a great privilege to chair the Nayef Al-Rodhan Prize. This international prize has rewarded some extraordinary books which have each made a significant impact on the way that we think about the world and the interconnection of its cultures. This year we are looking forward to reading and discussing some exceptional books, and discovering the exciting new voices that are making a contribution to wider understanding of cultures worldwide.”

“The Nayef Al-Rodhan Prize is the British Academy’s way of recognising the enormous contributions to the public understanding of world cultures by non-fiction authors from across the world. In recent years, Prize-winning nominations have covered a huge range of subjects, from a migrant’s experience traversing the borders between peoples and territories in Eastern Europe to the questions raised by the records of West Africa’s pre-colonial history. It is a huge encouragement that this Prize will be judged by such an esteemed and distinguished jury once again this year and we warmly welcome its newest member, Fatima Manji.”

The Nayef Al-Rodhan Prize was awarded in 2019 to British historian Toby Green for A Fistful of Shells: West Africa from the Rise of the Slave Trade to the Age of Revolution – a ground-breaking history of West Africa. He will be in conversation with broadcast journalist Zeinab Badawi at the British Academy on Monday 27 January to mark the paperback publication of the book.

The Prize was founded and is generously sponsored by the neuroscientist and International Relations scholar Professor Nayef Al-Rodhan. It was first awarded in 2013.